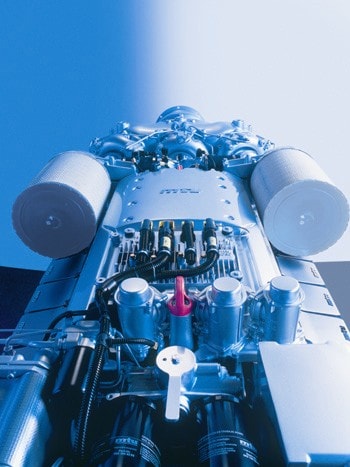 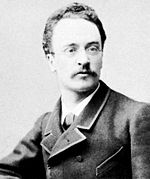 From the first turn of the crankshaft the marine diesel engine has been a work in progress. Inventor Rudolf Diesel's prototype ran on coal dust. During the Second World War Chinese Army trucks burned tung oil as an expedient fuel. More recently, recycled French fry and soy bean oil has been tried as future fuels in cars and boats. Even the chemistry of traditional diesel fuel has evolved over the years into the modern winter and tropical blends offering improved mileage, reduced emissions and easier starting.

Unlike diesel fuel's metamorphosis, the method of delivery to the combustion chamber has remained essentially unchanged. That is, until now. Modern marine dieselshave been computerized by a system called common rail fuel injection. All of the major players build this new breed of marine diesel that offers stronger acceleration, crisper throttle response, improved mileage, a softer voice print and virtually no smoke. To better understand what makes this new technology tick, let's begin at the beginning.

Other than the starter motor and alternator, conventional marine diesels are mechanical. Eccentric lobes on the camshaft actuate spring-loaded injectors that remain tightly closed until they reach pressure, then pop open. Fuel dumps into the combustion chamber like a water balloon bursting on the sidewalk. The volume of fuel varies according to throttle position. Typically, slightly too much fuel pours in at low speeds. Conversely, the higher the rpm, the more efficient the combustion process. The reason for higher rpm efficiency is because engineers tune to max rated horsepower, which occurs at Wide-Open Throttle (WOT). A penalty paid is paid that at lower rpm not all the fuel burns and exhaust is smoky and smelly. 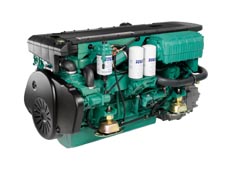 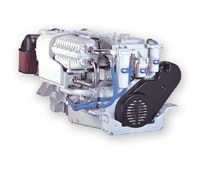 In sharp contrast, common rail fuel injection separates the act of pumping up fuel pressure from the act of injecting fuel into the combustion chamber. How it works is as simple as the sea is salt. A fuel rail, or tube, run the length of the cylinder head. It's a storage tube holding fuel in reserve, like a mini day tank, so advancing the throttle doesn't run the well dry.

Pressured diesel fuel (up to 36,000 psi) flows from the rail to each individual electronically-controlled injector. Ultra high pressure atomizes diesel fuel into a mist. Micron sized particles expose a great surface area to oxygen, and the more completely the vaporized fuel burns, the greater the number of latent BTUs converted from fossil fuel into work. Because injectors open and close on demand, exactly when and how much fuel injects can be precisely controlled.

A matrix array written into firmware plots the myriad of variables that influence torque, fuel consumption, emissions and even noise levels. The shape of the plume of fuel and the number of bursts of fuel injected in each power stroke can be programmed. The net result: Performance is optimized for every speed point in the power curve, not just WOT. An added benefit, the horsepower rating on a given long block go higher, dramatically improving the horsepower-to-weight ratio. So more horsepower can be squeezed into a tighter space. Because common rail marine diesels fire fuel under high pressure, even at idle and low speeds, smoke is virtually nonexistent. Throttle responses is razor sharp.

Another key feature of common rail is the ability to inject fuel, to reduce emissions of nitrous oxide, hydrocarbons and soot and it's a kinder, gentler burn. Some brands fire two bursts of fuel, others three. Running as prototypes, future tech common rail diesels fire as many as five separate pulses per power stroke. The payoff for the fives is even cleaner, more efficient operation that meets the stringent Tier 2 EPA emissions standards poised to take effect for pleasure craft in 2006.

Finally, an ancillary benefit, the common rail method of injection outright eliminates the unit injection pumps that would otherwise take up space in the valley of V-block engines. With the pump out of the way, cylinder blocks have been redesigned to position engine charge manifolds and engine coolant flow channels in the valley. Combining components in a boxlike structure fastened to the cylinder banks stiffens the cylinder block, greatly reducing deformation of the cylinder liners and thereby minimizing oil consumption and cylinder wear. Some experts opine that the stiffneing reduces pison skirt bore.

The author is a certified marine mechanic who has also worked as a service manager. He was the marine propulsion columnist for Motor Boating & Sailing magazine from 1982 - 2013. As a recognized marine engine expert, he also wrote marine propulsion stories and boat reviews for Popular Mechanics, Boating, Yachting and many other boating magazines around the world, including, publications from Canada, Singapore, Brazil and Australia.