How to Make Your Boat Go Faster 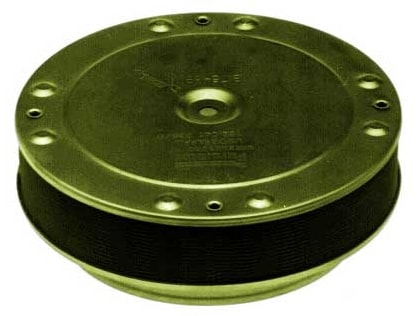 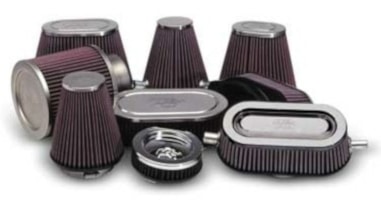 For whatever the reason, you want to go faster. More accurately you're intrigued by the notion of zooming across the water a couple of knots faster without spending tens of thousands of dollars on a high-performance gas engine. No problem, the strategy we're about to share are relatively inexpensive and can be accomplished without special tools by anyone with average skills. The common thread underlying strategy is common-sense-simple: Improve the efficiency of the inboard or stern drive already mounted on the stringers.

Begin with the engine. With every breath that it takes, its stock flame arrestor (also spelled arrester) does a marvelous job preventing engine room backfire and explosions that could otherwise blow the boat right out of the water. Frankly, it's not all it could be. It restricts just enough airflow to leave room for improvement. That said, factory units are a necessary compromise between unit cost and horsepower. For many boaters they perform entirely adequate. But for those of us who demand maximum horsepower squeezed from every single drop of fuel, there is a worthy alternative: Upgrade to the K & N Flame arrestor.

Swapping a stock flame arrestor for a K & N unit boosts horsepower by a whopping 15-percent. The U.S. Coast Guard approved K & N works its magic with a unique filter element that straightens and channels air flow through its screen mesh and oiled cotton gauges. Air friction is dramatically reduced which pays big dividends in freer air flow does its good work by straightening and smoothing airflow into the combustion chamber. A greater volume of air equals higher horsepower. Curiously, marine engines fitted with a K & N high performance flame arrestor build more horsepower than an engine with no filtration at all. Besides building more horsepower the K & N also filters ambient air. Important to know, air quality on the water is about the same as on land, plagued with the same dust, dirt and particulate matter. Replacement K & N filters and marine flame arrestors are available for sterndrive and inboard powerplants as well as for personal watercraft. Different models of K & N marine flame arrestors fit a wide variety of MerCruiser, Indmar Marine and Volvo Penta L-4s, V-6s and V-8s. Cost is about $100. Installation takes mere minutes.

Next step, peruse the owner's manual, paying particular attention to the octane requirement. When running low octane (87) in a gas engine rated for 89-octane or better, the black box retards ignition timing to prevent cracked piston domes and skirts. If the good news is modern engine electronics are smart enough head off self-destructive behavior, the bad news is fail-safe systems dumb down horsepower. So when the correct octane is unavailable dockside, dope the cheap fuel with an octane booster to make up for the octane deficit. Before popping the top on the can, first read the label. Wear gloves. Follow the directions. The pay-off is like a tune-up in a can.

Synthetic motor oil is as slippery as glare ice on an Alaskan highway. So it comes as no surprise to learn a crankcase full of the stuff significantly reduces friction generated by the reciprocating mass. With pistons rings, connecting rod and crankshaft journals lubricated with synthetics, revs climb higher and acceleration comes on stronger. Even if just a little. Similar to burning the correct octane, swapping synthetic oil for conventional doesn't actually boost horsepower, but instead allows an engine to generate its full potential. 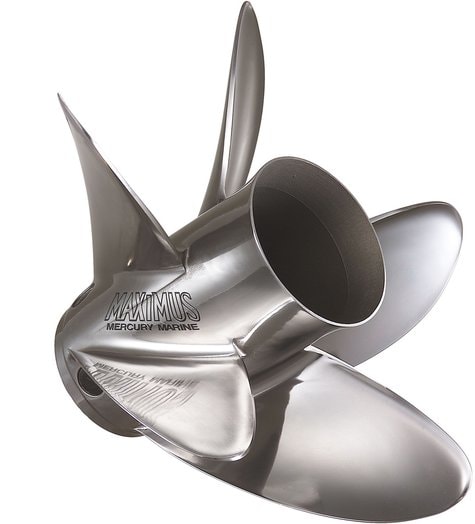 A propeller can make or break a boat's performance. Hands down the best way to go faster is to certify that the propeller is optimal for the kind of running intended. That said, the perfect propeller for one man's boat, would be a dreadful mistake on an identical boat whose owner has different expectations. Propeller pitch, just like gearing in a tow vehicle, determines acceleration, fuel economy and top speed. To determine how well your engine and propeller are matched, make a test run at Wide-Open Throttle (WOT) and note rpm. Then refer back to the owner's manual for engine operating range. When top speed is most important, and with an operating range from 4500 to 5500 rpm, the engine should rev right up to the ragged edge of the envelope. Say 5300 or 5400 rpm. Conversely, if you're more interested in seat of the pants acceleration WOT ought to register in the middle or lower end of the operating range. Beyond pitch, consider the appropriateness of three, four, and five blade wheels.

Also vitally important is the alloy. Aluminum wheels are less efficient than stainless steel wheels. Stainless blades are thinner, stronger and flex less than aluminum so they transfer more energy to the water, paying big dividends in stronger acceleration and higher top speed. Naturally, in order to eke out maximum efficiency, a propeller ought not be dinged and its blades cannot be bent out of whack. Not only will a bent blade cause a wheel to run out of balance and give up performance, it vibrates and the vibration will eventually crack the propeller shaft. 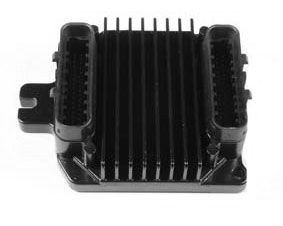 One tantalizingly interesting trick is to upgrade the Engine Control Module. An ECM, a digital brain, controls ignition timing, detonation mitigation, idle speed, spark curve, fuel flow and rev limit. An ECM can be replaced, or re-flashed/reprogrammed/re-calibrated to boost horsepower from as little as five-percent to as much as 40-percent. Be advised this modification usually voids the manufacturer’s warranty. Depending on the power gain and rpm increase, the modification may require re-propping. Cost for re-calibration of the original ECM is about $300 to $500. But take heed, some naysayers claim these chips are illegal in the US. No matter whether that's true or not, factory prematurely wear your engines and IPS drives, and void warranty as an unauthorized modification to the system. To wake up a motor by this method figure on having to run least 91 octane gas, change to Iridium spark plugs and convert to Mobil 1, 15-50 Full Synthetic oil.

Finally, the fastest and least expensive method to go as fast as possible is to travel light, with a minimum load of water and fuel on board Remove unnecessary gear from the lockers. Also consider whether it might be worth the time and money to soda-blast the multiple layers of bottom paint from below the water line. Are there enough accumulated seasons-worth of anti-fouling to be weighing down performance?