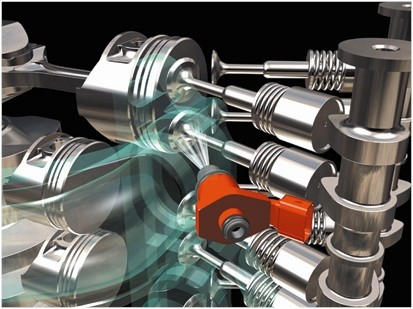 
Depending on whose numbers you believe, anywhere from 70-percent to 80-percent of all outboard motors sold are four-strokes. So does that mean two-stroke outboards rate second best? The answer is that it depends.


For many years, two-stroke outboards suffered a reputation as fuel-slurping, dirty-exhaust motors. That has changed. Most of the bigger, conventional two-strokes have been retired, replaced by state-of-the-art, direct-injected two-strokes and fuel-injected two-strokes, available in a bewildering array of horsepower ratings. The new machines are wonderful for the way they conserve fuel and accelerate a boat like crazy.

How Direct-Injected two-stroke outboard motors work is as simple as the sea is salt. Intake and exhaust passages are opened and closed by the piston skirt as it pumps up and down in its cylinder bore. Unlike a conventional, old-school, two-strokes, no fuel wafts into the combustion chamber to inadvertently spill out the exhaust port. Instead, fuel injects directly into the combustion chamber in a precise amount and at the split second required.

A Direct-Injected outboard has neither crankcase oil or oil filter. Instead, a precisely metered stream of oil lubricates rings and bearings, flashes off in the combustion chamber, then exits along with the exhaust gas. Obviously this requires topping off the oil reservoir with every tankful of gas, or in the case of an Evinrude E-TEC with its oversized reservoir, only periodically. The ratio of oil burned in the combustion chamber is minuscule and only minimally affects emissions. Admittedly, oil is a recurring cost.

Yamaha HPDI engines are all direct-injected, yet each brand boasts a proprietary method for shooting a plume of vaporized fuel directly into the combustion chamber. What they share in common is the way high-pressure injection shatters the fuel charge into micron-size droplets exposing a greater surface area to oxygen. The burn is cleaner so naturally it follows a greater volume of gasoline converts into BTUs. More BTUs released per gallon of gas equals better mileage and drastically reduces exhaust emissions. When the onboard computer reacts to a helm command, fuel injects instantaneously into the fire, instead of waiting for a vacuum to draw it in. No big surprise, throttle response is razor sharp.

As for the field of 4-stroke outboard motors, Mercury Marine, Honda Marine, Yamaha Motors and Suzuki Marine all build motors derived from decades worth of experience engineering and building state of the art automotive and motorcycle engines. True to the genre, cylinder heads are liberally festooned with valves, springs, shims, keepers, valve lifters, camshafts, timing gears, belts and a crankcase sump full of oil. With all those additional components, four-strokes tend to weigh from 10-percent to 20- percent more than an equivalent DI motor. On a V-6 that can add as much as 50 to 100 pounds. This weight differential can adversely affect handling to the point where some boat builders have modified older hulls to keep up with the times.

Most Four Strokes Are Fuel Injected

Most four-stroke outboards are fuel injected, as opposed to direct injected. Some of the smaller horsepower engines are carbureted. No big surprise four-stroke fuel-injection (FI) is modeled after the sophisticated multiport systems found on cars and motorcycles. With one injector per cylinder strategically positioned near the intake valve, FI four-strokes boast particularly crisp throttle response.

A four-stroke outboard lubricates its reciprocating mass with oil pumped through engine passages. Just like on a fast motorcycle, it is vital to change oil and filter at least every 100 hours of operation. Otherwise you run the risk that dirty lubricant will destroy the crankshaft journals. It is safe to say four-stroke outboards are very sensitive to oil quality.

In addition to the technical differences between direct-injection two-strokes and four-strokes, at lower rpm DI two-strokes are more potent performers because they boast a power stroke with every swing of the crank. Four-strokes only build power on every other up and down swing of the crank. To compensate some engine builders incorporate a lower gear ratio in the gear case. the lower the ratio, the more torque is multiplied narrowing the gap between two and four strokes.

Among four-strokes Mercury outboards are unique in the way the gear case unmodified but supercharges the engine. You heard right. Just like a high-performance road rocket, Mercury Verado four-strokes force-feed cooled air (dense and jam-packed with oxygen) into the combustion chamber. Supercharging builds huge torque numbers from idle all the way up to the nether reaches of the rpm band.

Fuel economy on both direct injected and four-strokes measures from a 10-percent to 80-percent improvement, compared with the old two-strokes of a decade ago. Depending on rpm and load at cruising speeds figure on about a 30 percent mileage improvement. For its part, Honda bestowed its outboards with a particularly sophisticated valve train, one that varies timing. Advancing or retarding the moment when valves open and close in relationship to the crankshaft favors either low- or high-end torque and strong acceleration.

All things being equal, a direct injected motor costs less money to buy and accelerates noticeably quicker than acomparable four-stroke. As for sound quality, and contrary to perception, DI motors register a few decibels quieter. It just does not sound that way. That is because a four-stroke V-6 sings a song at a more harmonious frequency.

The biggest difference between the competing technologies is measured by acceleration. With a superior horsepower-to-weight ratio direct injected two-strokes zoom onto plane quicker. For some applications, like bay boats, that is crucial. But even that rule of thumb is changing as technology advances. For example, Yamaha Marine's Offshore V-6s shed 246 pounds, when compared to previous models. So it should come as no big surprise to learn they accelerate a boat as quickly as an equivalent horsepower 2-stroke.

No matter what brand or type of outboard motor you may buy, in the final analysis what is most important is the deal. As when buying a car, it is vital to comparison shop. Determine which dealer offers the best prices and has the most reputable service department.