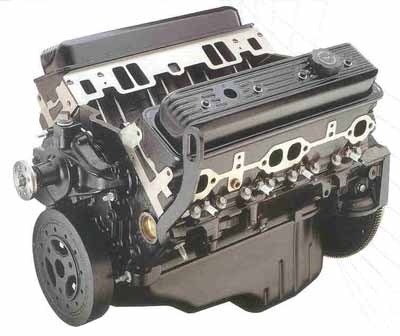 Vortec, a contraction of "vortex" and "high-tech," refers to the swirling air/fuel mixture that flows into specially constructed cylinder heads.

The Vortec trademark first appeared back in 1988 on a 4.3-Liter, V-6 gas engine that created a vortex of swirling air and fuel in its combustion chambers promoting a better mix of air/fuel. The crate engines are sold to Volvo Penta, MerCruiser, Indmar, and PleasureCraft Marine, who marinize long blocks by adding intake and exhaust manifolds, either a carburetor or fuel injection and marine grade starter and alternator. The 292 horsepower Vortec 5700 displaces 5.7 liters, or 350 cubic inches.

Commonly known as "Gen I+" engines this generation of General Motors-based marine V-6s and V-8s ran quieter and offered more reliable operation bolstered by a 10 to 15 percent higher output. Beyond durability and raw power, the biggest attraction for boaters was the flatter torque curve. Gen I+ horsepower is spread up and down the rpm band, instead of being lumped together at the top end. This nets a healthier mid-range, which translates into more usable power to hold plane at lower speeds in order to better negotiate rough water. Another plus is that Gen I+ marine engines were available in both carbureted and electronic-fuel-injected (EFI) versions.All the engine builders had least one Gen I+ in their lineups.